The Golden Eagle Trust, Irish Raptor Study Group and BirdWatch Ireland have formed an exciting conservation partnership and collectively are co-ordinating the Irish Hen Harrier Survey for the National Parks & Wildlife Service of the Department of Housing, Local Government and Heritage. The Hen Harrier Project are also playing an important role in this national survey and contributing information on hen harrier collected in the Special Protected Area network to allow the national population size and trends to be assessed. 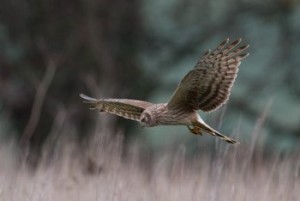 The hen harrier is a raptor species of conservation concern in Ireland and the UK and protected regionally under The Wildlife Act 1976 & Amendment Act 2000. Hen harriers are listed on Annex 1 of the Birds Directive (2009/147/EEC) and are currently considered an All‐Ireland Species of Conservation Concern.

The Birds Directive also has several implications for EU member states in relation to protected species. These include the maintenance of viable hen harrier populations (Article 2); the preservation, maintenance or re‐establishment of a sufficient diversity of areas and habitats (Article 3 & Article 4); the encouragement of necessary research and scientific work with regard to the objectives above (Article 10) and reporting to the Commission every three years on the progress made with respect to achieving the above requirements (Article 12). The Birds Directive thus provides a statutory and legislative basis for national surveys and conservation strategies by creating a requirement to monitor and conserve the hen harrier population.

Fundamental to establishing population status, distribution and change is the requirement for surveys of breeding areas to incorporate all suitable habitats not just those locations where they occurred historically since some of the habitats (notably plantation forests) may change over time. The core aim of this project is to provide an assessment of the population status of the hen harrier in Ireland and compare this to previous survey estimates (1998 – 2000; 2005, 2010 & 2015). Specifically this requires examination of the breeding range(s) and suitable breeding habitat in which hen harriers occur in Ireland. This requires national data on spatial occurrence and analysis of spatial data, to examine regional and/or national spatial and temporal changes.

Hen Harrier Surveys - 2022 and next steps

As the Hen Harrier survey is nearing its end, we would like to express our sincere gratitude to everyone who has spent time on the hills searching for Hen Harrier (whether you were fortunate enough to see Hen Harriers or not) over the last four months. Your efforts across the country will allow us to […]
Read More »

The workshops are recently completed with a series of webinars operated across the past number of weeks. We have uploaded the content of one of the webinars here for people to view and learn more about what’s involved in surveying, what is required during national surveys and how and when to look for hen harriers […]
Read More »

The Irish Raptor Study Group, BirdWatch Ireland and Golden Eagle Trust and have formed an exciting conservation partnership and collectively are co-ordinating the 2022 Irish Hen Harrier Survey on behalf of the National Parks & Wildlife Service of the Department of Housing, Local Government and Heritage. The The Hen Harrier Project are also playing an important role […]
Read More »
Older Entries »